As a rapidly growing Industrial Estate, PT Jakarta Industrial Estate Pulogadung as the manager of the Pulogadung Industrial Estate is committed to continuously improving services to investors and tenants. One of JIEP’s distinct steps to improving services to investors and tenants is to maintain a safe, pleasant, and civilized Industrial Estate. Based on these provisions, on 8 & 14 February and 1 March 2018 JIEP together with officials from the urban village, Satpol PP, Polri, and Binmas TNI shut down the street vendors (PKL) on sidewalks and green lanes at four spots in the Pulogadung Industrial Estate. The control was necessary since street vendors did not respond to three warning notices given ahead of time. Head of Corporate Secretary of PT JIEP, Purwati, said that the control of street vendors was rejected by traders who are members of the Kerukunan Usahawan Kecil Dan Menengah Indonesia (KUKMI). However, referring to the regional regulations regarding public order and the use of sidewalks as well as Estate Regulation Chapter 2 point e which is a derivative of PP number 142 of 2015 concerning Industrial Estates, unlicensed and unregistered street vendors by PT JIEP are prohibited from operation, so the control must continue. Unlicensed street vendors often cause environmental problems, both the environment and the social environment, therefore, strengthening this enforcement process. “Before dismantling the stalls, we took persuasive measure through Notice Letters 1, 2, and 3 first. However, they did not respond until the specified time, so PT JIEP along with elements from internal security officers, urban villages, Satpol PP, the police, and Binmas TNI took firm action to dismantle the stalls. The street vendors spots were located at Jalan Rawagelam at the complex of Jayakarta Mosque, location of complex management, Jalan Rawaterate, Jalan Rawabali, and the area of Baitul Hamd Mosque,” she explained. She added that at the time of the control, rumors said that traders were reluctant to be disciplined because so far, they had paid a daily levy of Rp3000 to individuals acting on behalf of the PT JIEP foundation. According to her, this is not true at all, the PT JIEP foundation has never taken a dime from street vendors who are not registered to operate in the Pulogadung Industrial Estate. “We emphasize that the retribution paid by the street vendors does not go into the treasury of the foundation owned by PT JIEP. If there are individuals who act on behalf of JIEP or the JIEP foundation, please file a report by attaching evidence. We do not hesitate to impose sanctions on the person concerned,” she claimed. The street vendors who are disciplined by PT JIEP are still allowed to operate in the Pulogadung Industrial Estate. JIEP has now prepared several relocation sites, namely: Khasanah Food (Jayakarta JIEP Mosque): 60 units (partially occupied), Food Center I (Rawaterate): 63 Units (ready to be occupied in March 2018), Food Center II (Rawabali): 36 units (ready to be occupied in April 2018), Food Center III (Behind Baitul Hamd Mosque): 8000m2 in planning , and temporary shelter location: Jl. Rawasumur IV (unordered). Meanwhile, regarding efforts to refuse control from street vendors, the attitude of the management of PT JIEP is as follows: PT JIEP has no obligation to restore trading/selling activities of street vendors in locations that have been brought under control. PT JIEP prohibits street vendors from selling/trading on sidewalks, berms, green open spaces, and road beds. PT JIEP has full authority over all regulations related to security, cleanliness, and order in the surroundings of the Pulogadung Industrial Estate. This is based on Law Number 3 of 2014 concerning Industry and its derivative PP No. 142 of 2015 which was revealed in the Estate Regulations owned by PT JIEP. Street vendors who are organized/ordered will be fostered through the PT JIEP PKBL program in accordance with applicable regulations. 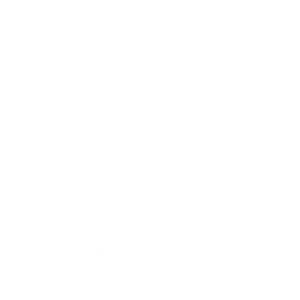